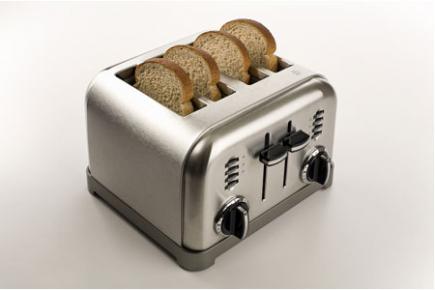 Newer toasters have a variety of settings and have slots for more than just two pieces of toast.

Toasters no longer serve just as simple canisters in which to heat bread. Modern toasters can have a range of temperature settings, as well as oversize slots to accommodate thicker or longer bread and bagels. Typically they have two or four slots.

A convenient feature to look for is a slide-out tray for disposing of bread crumbs. These trays make it easier to keep a toaster clean. Toasters typically cost between $20 and $100.

A toaster oven looks like a mini oven, and for all intents and purposes, that's what it is. It's great for heating smaller food dishes, and is a suitable replacement for an oven in situations where a regular-sized oven is not available. Toaster or countertop ovens can be set at a variety of temperatures, and they also have a setting for toasting bread. Some newer countertop ovens even offer convection heat, which makes for faster and more even cooking.

When using a toaster oven, make sure to take certain precautions. These small boxes produce a great deal of heat in a short amount of time, so you'll want to make sure food placed inside it doesn't overheat and catch fire. If you're using a toaster oven in a temporary kitchen setting, or in a small confined space, make sure extremely flammable items are not placed near the toaster oven, as they can catch on fire.

Toaster ovens typically cost between $75 and $300. 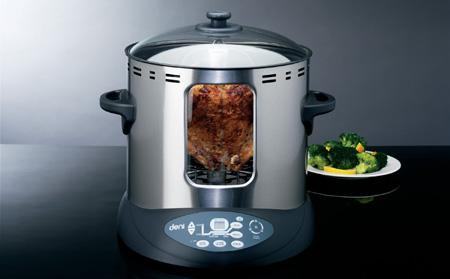