Know Your Size Options Before Your Choose 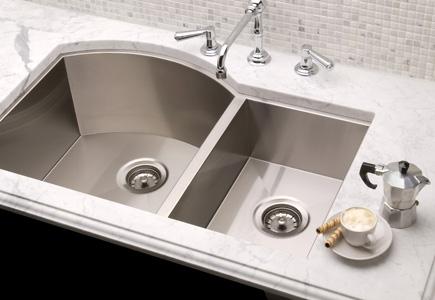 A double-bowl sink can help keep your work area organized.

A deep, wide single bowl can be best if you're tight on space or you want a sink where you can rinse plates and silverware before loading them into the dishwasher.

A triple-bowl sink gives you the wash-and-rinse function plus a smaller prep sink with disposal.

A separate prep sink on your island or by the stove can add convenience when you're cooking, entertaining, or preparing fruits and vegetables.

An Overview of Cast Iron Sinks 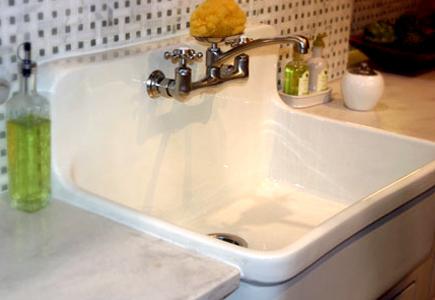 Cast iron sinks are formed by pouring molten iron into a cast (hence the name "cast iron") that forms the sink's shape. They are then coated with an enamel finish. This enamel finish can come in a variety of colors and it can also be fire polished to give the sink a glossy look. 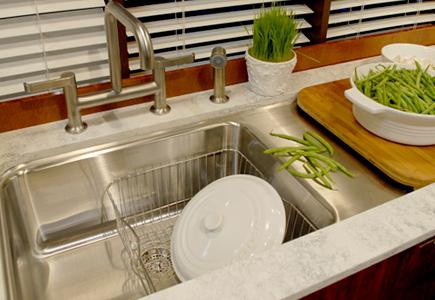 The variety of sinks today is greater than ever before, from size and shape to style and material, your options are only limited by your creativity.

In the mid-1900s, there was a movement in the arts called "Kitchen Sink Realism," and this movement revolved around artists, poets, playwrights, and others focusing on the ordinary aspects of life. And perhaps during that era, a kitchen sink could represent all things ordinary. Luckily, in the current era, kitchen sinks do not have to be the pinnacle of plain in your home. There are enough sink options that you can create a variety of looks, from eye-catching and colorful to modern and sleek.

But to create the look you desire, you have to consider all your sink and faucet options: Stainless steel or cast iron? Undermount or self-rimming? Single bowl, double bowl or triple bowl?

And your options don't end there. This section will show you and explain to you all the choices you need to consider when looking into the very non-ordinary world of sinks.

An Overview of Solid Surface Sinks 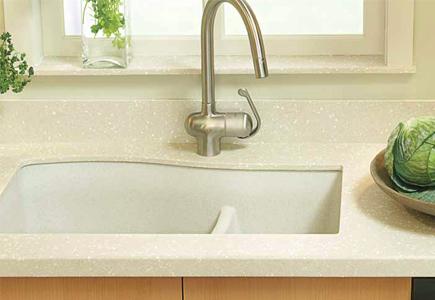 Solid surface sinks are made from solid synthetic sheets formed by mixing a mineral compound with polyester and/or acrylic resins.

An Overview of Integral Sinks 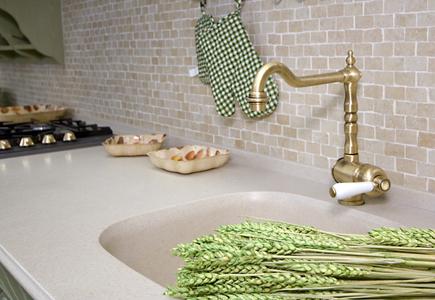 An integral sink blends seamlessly with the countertop, allowing the faucet to steal the show.

An integral sink is made out of the same material as the countertop and is fused to it, creating a seamless transition that makes the sink and counter look like one unit. This option only exists with materials flexible enough to be fabricated into the shape of a sink basin, limiting you to quartz, stainless steel, glass, solid surfacing and other composite materials. (Glass, however, costs $200-$300 per square foot, so it is typically used for smaller surfaces such as vanity tops or dining bars, not the main kitchen counter.)

The seamless design makes cleaning a snap and, from a design perspective, makes the sink complete unobtrusive and allows the focus to remain on an elegant faucet or artistic backsplash. However, if the sink or countertop is damaged, you'll probably have to replace both items rather than simply swap out one or the other. 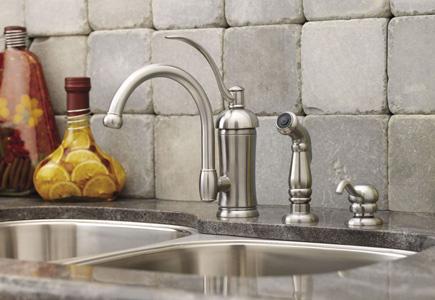 A well-constructed faucet can help you avoid drips and leaks.

Your options for the faucet's main material pretty much come down to solid brass or plastic. Brass is by far the most recommended choice because of its toughness and ability to handle extreme temperatures.

Internally, your faucet will control the flow of water using either rubber washers, a plastic or ceramic cartridge, a plastic, brass, or stainless steel ball valve, or a ceramic disk. A ceramic disk is recommended for the same reasons as the solid brass. 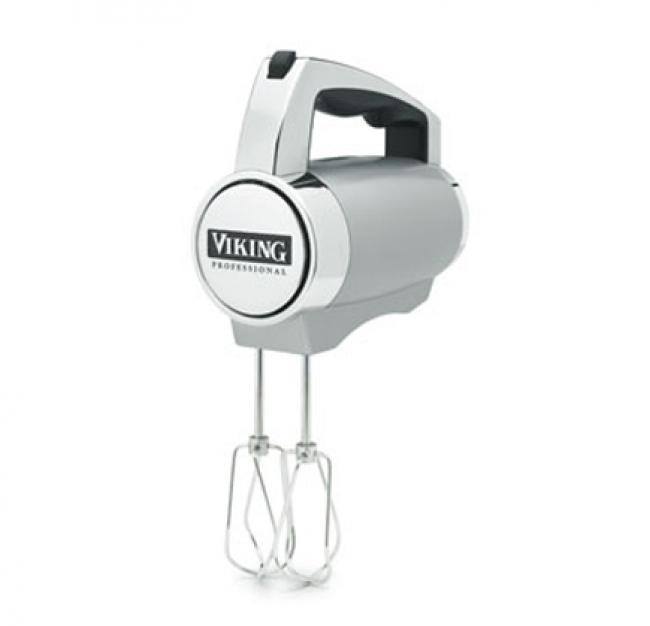 Things to Think About When Selecting Small Appliances 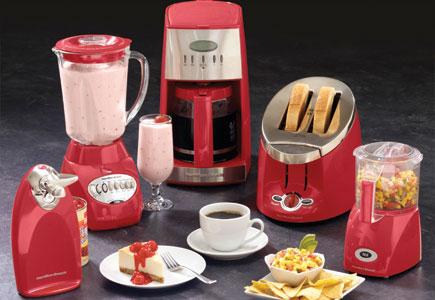 The following questions provide some important food for thought when shopping for small appliances. We have more information on how to choose specific products throughout this section, but this list of factors to consider is a great place to start. 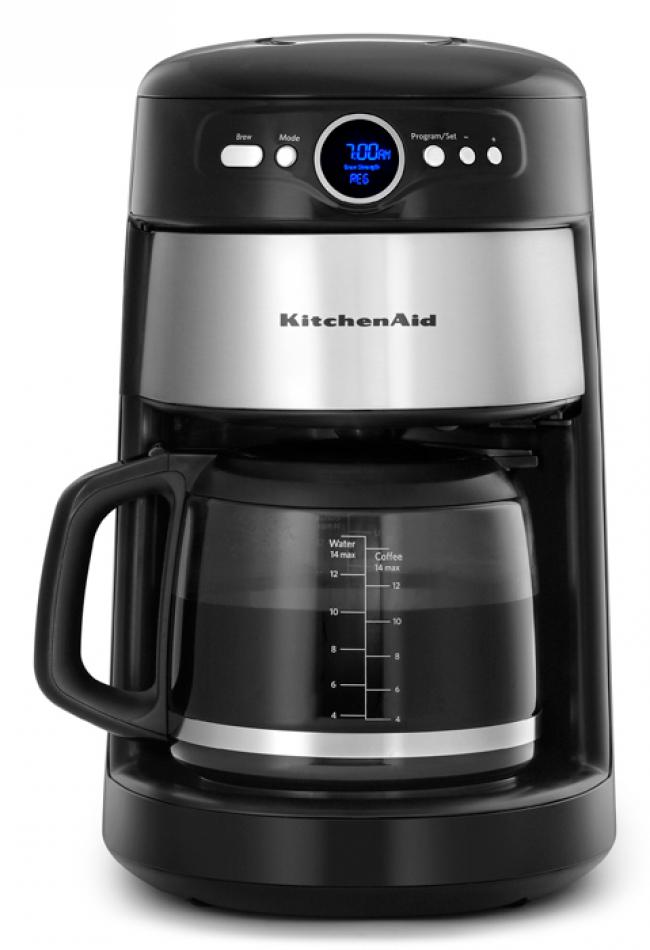 Make Snacks and Treats in Your Own Kitchen 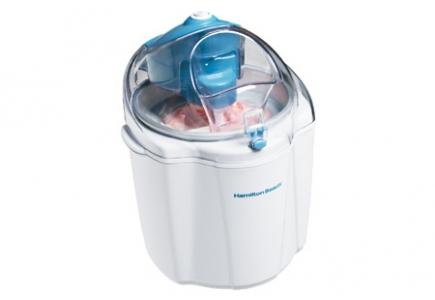 If you want to make unique flavors of ice cream, try using an ice cream maker to surprise and tantalize your taste buds.

Ice cream makers can usually be divided into two categories: ones with bowls you have to freeze on your own, and ones with self-contained freezing units. The latter will be more expensive, while the former simply require a bit more planning, as you'll need to freeze the bowl before making your ice cream, and then freeze the mixture. 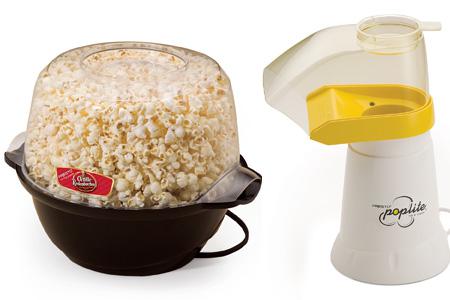 These simple devices use heated air to increase the temperature of corn kernels until they pop, producing popcorn. While many people opt for microwave popcorn, heated air poppers allow you to season and flavor your popcorn as you like it. They also require little to no cooking oil to work, so you can make popcorn that is healthier than microwave popcorn, which is usually packaged with cooking oils and salts.

There are two common shapes of electric popcorn poppers: a unit that looks like a tower, and a unit that is shaped like a dome. The tower-shaped unit requires a bowl to be placed under the spot where the popcorn dispenses, while the dome-shaped units have a lid that keeps the popcorn contained. Most electric poppers cost between $20 and $40. 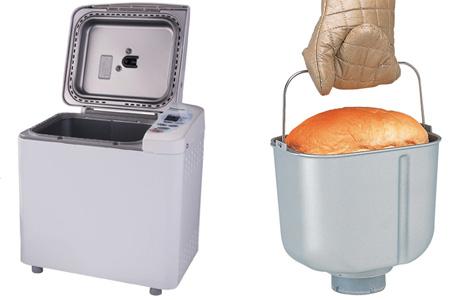 These handy items simplify the bread-making process by eliminating the need to create your own dough. Most bread makers allow you to use a pre-made bread mix, and some allow you to add yeast yourself, which gives you control over the rise of the bread. More expensive bread makers will give you more control over what you can add to the dough (such as cranberries or raisins) and the crispiness of the crust. Finally, many bread makers offer three different loaf sizes from which to choose. Expect to pay between $100 and $200 for bread makers. 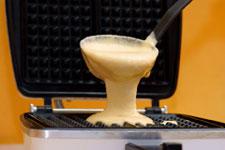 Waffle makers can vary in size. Belgian-style waffle makers are bigger since Belgian waffles are larger and thicker than an average waffle. Other waffle makers might allow you to make triangular-shaped waffles. Some have heating surfaces that are non-stick, making it easier to remove the finished waffle from the waffler. Prices for waffle makers range from $50 to $200.