The Cooks and Designers Weigh In

Used to running multiple restaurants and managing large cooking staffs, these chefs — and designers who used to be chefs — translated principles of efficiency and common sense from their commercial kitchens to their (and your) residential kitchens. 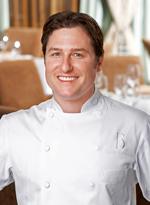 Despite long days at the two restaurants Scott Gottlich and his wife, Gina, a sommelier, own and run together, the couple still enjoy cooking and entertaining at home. Sometimes that means pizza and pancakes with their young sons; at others it means Sunday dinner with their extended family or a party for 20 of their friends. 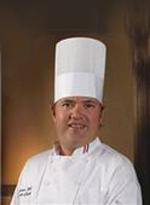 After working as a chef at fine French restaurants such as Napa Valley's Bouchon and Montreal's Toque, Duncan Firth settled in California, first to run a catering business in Malibu and then to join Barona Resort in 2005.

He splits his time between running the resort's fine dining restaurant, helping to oversee the other restaurants and the 300-person cooking staff, and teaching students at the Barona Culinary Institute.

Firth does all the cooking at home, explaining that his wife usually leaves the kitchen when he critiques her technique as too slow or unsafe. 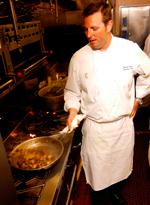 Formerly Cascades Seafood Restaurant, Cascades American Café re-opened in February 2010 after a menu overhaul and month-long remodel of the kitchen and dining areas overseen by Forrest Parker. Now featuring regional American cuisine with a focus on locally sourced Southern fare, the restaurant is part of the Gaylord Opryland Resort.

At home, Parker — the proud owner of 500 cookbooks, most of which do not fit on his kitchen shelves — likes to grill year-round and prepares ethnic cuisines using tools collected from around the globe. 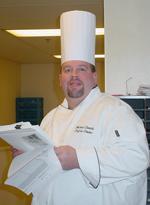 Responsible for nine restaurants, 120 cooks and 4,000 meals on any given day, Michael Daniels has been in the culinary business up and down the East Coast for 28 years.

Daniels prefers to do the cooking at home rather than turning duties over to his wife, but prepares simple meals rather than the "foo-foo" French-American cuisine in which he specializes. He hopes to one day add a dishwasher to his kitchen. 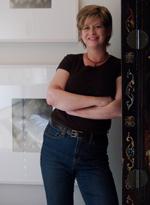 Having worked in restaurants and hotels throughout college, Clare Donohue brings practical experience to her role as a kitchen, bath and interior designer and consultant. She graduated from New York City's School of the Visual Arts and became a magazine art director before switching to renovation design in 1996.

Thanks to seeing the close quarters of professional kitchens, Donohue knows that complaining about lack of counter space is a lame excuse for not cooking.

With a background as a graphic designer-turned carpenter-turned contractor-turned architectural designer  — and a side career as a waiter-turned cook-turned caterer — William Kent eventually merged all his skills into one business: kitchen design.

He has designed kitchens for several serious cooks, including himself. In fact, he ran his catering business out of his home kitchen, even without a dishwasher and a microwave. "In the words of Tim Gunn," he notes, "'Make it work people!'"

More in this category:« A Hard-Working Sink