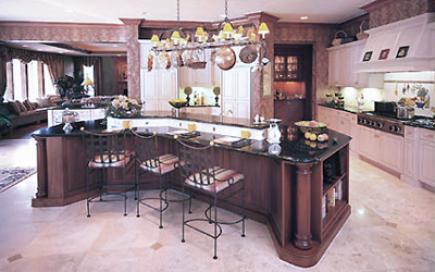 Final Cost: $125,000. At this price level, you're looking at a large kitchen remodel that fulfills a majority of the client's wishes with minimum compromise. That requires custom products and design concepts. When a client spends such a significant amount of money, designers often absorb minor fluctuations in cost.